Global Data Standards and the History of the Smoot 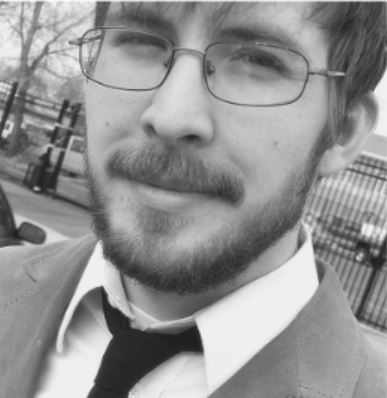 Many industries seek to standardize the data they collect, analyze, and make decisions upon. The pharmaceutical, biotechnology, and medical device industries are no different.

Widespread efforts seeking to standardize the data submitted to regulatory bodies have been underway for some time. If you work in these fields, you’re likely familiar with acronyms such as CDISC, CDASH, and ADaM.

One unrelated standard of measure was actually invented in Cambridge, Massachusetts, not far from the hub of Massachusetts’ biotech industry: the Smoot. It’s not as well known as the meter, mile, or yard, but it holds a special place in data standards history.

What is a Smoot?

A smoot is a nonstandard, humorous unit of measurement that roughly equates to five feet seven inches, “plus epsilon.” Some substitute “plus epsilon” (ε) with “plus an ear” but this is up for debate.

A group of undergraduates at the Massachusetts Institute of Technology (MIT) developed the Smoot during the fall of 1958. It started out as a joke but achieved legendary status in the decades since.

How did the Smoot come to be?

To truly understand the smoot measurement, you need to know a little bit about fraternities. Every fraternity has different rules, but there’s always a pledge process. This can take several days, a week, or in rare cases, more than a year.

The pledge process involves a series of unique challenges. Ultimately, these challenges decide if a pledge is worthy to become a full-fledged fraternity brother. In October 1958, 18-year-old Oliver R. Smoot, a freshman at MIT, decided to rush the Lambda Chi Alpha fraternity. As part of the vetting process, Smoot was given a unique task –– measure the Harvard Bridge without using traditional devices like rulers or yardsticks.

Instead, Smoot and the other freshman pledges were told to use “one of their number” to make the calculation. After much debate, the group of underclassmen selected Smoot for the job. Aside from being the shortest member of the pledge class, he also had the most interesting last name.

How many Smoots is the Harvard Bridge?

To fulfill the challenge and collect an accurate measurement, Smoot and his fellow underclassmen went to the Harvard Bridge, an iconic piece of architecture that spans the Charles River.

Upon arrival, Smoot laid down on his back, with his arms at his sides. The pledges then began the measuring process, making a mark with chalk and paint at the bottom of Smoot’s feet and the top of his head. After making each set of marks, Smoot stood up, moved one length further, and laid back down. He repeated this process dozens of times.

Eventually, Smoot was overcome with exhaustion. To speed up the measuring process, his fellow pledges picked him up, carrying him from one length to the next, until they’d crossed the entire bridge. Afterward, Smoot and his fellow pledges determined that the Harvard Bridge was exactly 364.4 Smoots long, plus epsilon.

No one knows why, but this seemingly innocuous stunt turned into a long-lasting piece of foundational lore. Word of Smoot’s creativity and “sacrifice” spread throughout the halls of Harvard and beyond.

What happened to Oliver Smoot?

Oliver Smoot graduated from Harvard in 1962. He had a successful career as a lawyer and eventually became the chair of the American National Standards Institute (ANSI). Quite the position for someone who invented their own mathematical unit.

Smoot’s legacy and his unit of measurement are revered to this day. In 2008, Harvard declared October 4 “Smoot Celebration Day.” Several years later, in 2011, “smoot” was added to the American Heritage Dictionary, securing its legacy.

Nowadays, there’s even a plaque on the Harvard Bridge that recognizes Smoot’s achievement. What’s more, each year the new class of Lambda Chi Alpha repaints the measurements on the bridge, keeping them visible for all to see.

Where else is the Smoot referenced?

The smoot goes for beyond an inside joke at Harvard. Today, it pops up in a variety of surprising places, including Google Earth and Google Calculator. There are even programs that help users navigate Google Maps using the smoot.

MIT’s college radio station, WMBR, pays tribute to the smoot as well. It broadcasts at a wavelength of two smoots, or 88.1 MHz.

Though many people associate fraternities with excessive partying and movies like Animal House, Lambda Chi Alpha took a different path, establishing a legendary, albeit made up, data standard.

Harbor Clinical provides clinical trial services across key functional areas. With a core focus on quality assurance and medical writing, our approach is unique in the way we sync our QA expertise to ensure compliance at every level.  Everyone understands the role they play and their impact on product development from a regulatory perspective.  This approach lowers the risk for our clients allowing us to bring projects to completion quickly and with no surprises.